I was planning to mention E4’s cunningly appealing new range of Misfits clothes and badges in a forthcoming post about the new series, then yesterday [time of posting- read: last week] I witnessed a feat of merchandising so audacious it left me casting about for someone to witness my disbelief. ‘What could this improbable corporate cash-in possibly be?’ I sense you tweet. If only I had a Twitter stream to hear you with.

Well I’ll tell you anyway… JLS condoms. I shit you not. They aren’t available on the band’s official website which features a full cornucopia of merch, but I swear they’re real- Look see: 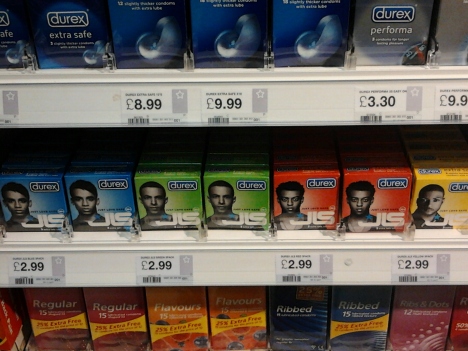 Considering where they're headed- they don't look too happy.

Recently I paid a visit to merchandising Mecca DisneyWorld (Not my pick, trust.) Everything you can possibly imagine is branded and sold at DisneyWorld and plenty of things you can’t. Ordinary products are not available in their parks and complexes either, it’s all branded. My friend and I began to speculate whether you could buy Disney condoms (with little Mickey ears on top of course- they put ears on everything) and we decided there was a secret Disney sex shop out the back of one of the other concessions- you go in and say the password and they lead you through to the adult fun zone. Anyone ever made it into the Magic Kingdom?

Two things I learnt at DisneyWorld:

Also, I was there for eight days and didn’t even get a bloody tan. WTFrack?

So wearable fandom is all go for Christmas 2011. It’s hardly a new idea and I personally really like that fans are afforded the opportunity to wear their preferred cultural consumption out, fangirl/boy hearts on their literal sleeves. Had I the funds (and the internet) as a teenager, I would have been branded all over; No Doubt t-shirts and Brushfire Records hoodies, Buffy socks. The works.

It’s quite unusual for telly programmes to have a clothing range though isn’t it? Shows aimed at adults certainly. Fantasy seems to be more marketable in that respect though. Which brings me back to my opening gambit: 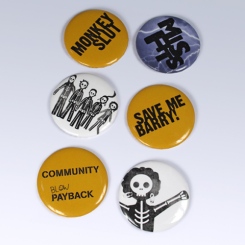 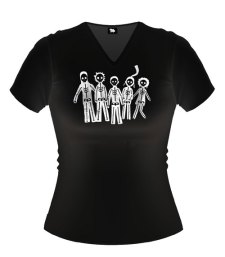 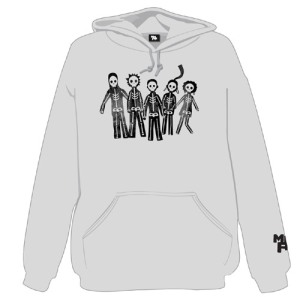 I mean, they look great, not just churned out on the cheap, but it troubles me how much I want this stuff. I mean merching is really for teenagers right? Even though you supposedly have to be eighteen to even watch Misfits. I’m also totally in the market for a Team Lauren iron-on patch for my shoulder bag if anyone’s got one? Being an unemployed mid-twenties waster who lives with her mother will never discourage me from dressing like a turn of the century adolescent. I suppose they know that, which is why such things are available. We’re buying.

[1] I went to look up JLS song titles to make an hilarious condom-related pun, but their discography was such a wealth of material I was overwhelmed. Here’s a list, write your own. (My personal favourite? One Shot.)

Everybody In Love, Beat Again, She Makes Me Wanna, Love You More, One Shot, That’s Where I’m Coming From, Go Harder, So Many Girls, Killed By Love.